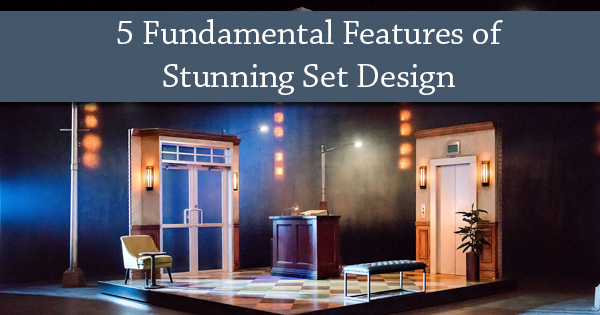 
This is the tip of the iceberg for tools used by set designers. Still, each fosters the illusion of an important dimension. Ceiling drapes create the barrier between audience and action, flats create the background, cutouts add perspective, platforms create height, and wagons develop time. Together, these tools create a brilliant set design.